For the holidays this year, it looks like most of my gifts are going to be food-related. Specifically, it looks like I'm going to be making a TON of bacon jam. Unfortunately, while bacon jam will keep in the fridge for a few months, it's not something I'm ready to start making in mass quantities just yet. I only have a few other gifts to make for people who would really prefer I give them something handmade than store-bought. So, on pinterest (of course), I saw these: 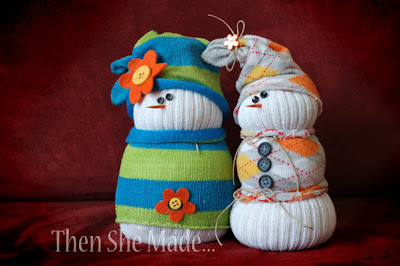 They're not the usual Sadie Priss-sort of craft, but it's a gift for someone else. Someone who collects snowmen. And the tutorial (which is very easy to follow) is here. So this is what I did, to end up with these in less than an hour... 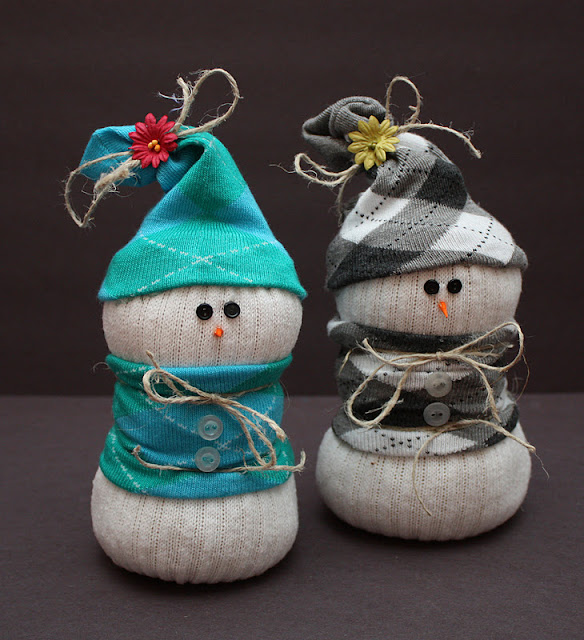 Following the tutorial, I bought cheap white men's socks at Walmart and two pairs of cute ankle socks ($1.50 each) at Target. 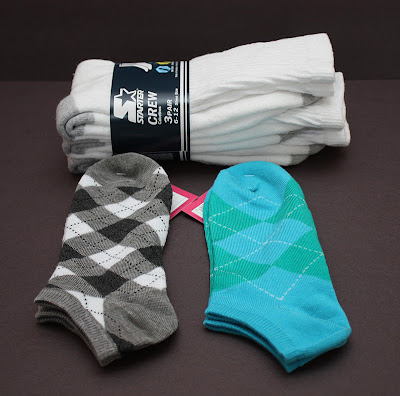 To make one snowman, I cut one white sock and each of the blue socks (per instructions in the tutorial). I did this same thing to make the snowman with the gray sweater and hat.


I did sew the end closed (this step wasn't in the tutorial but I had a hard time trusting that the rubber band would hold all that rice FOREVER), and then wrapped it with the rubber band to hold it tight. 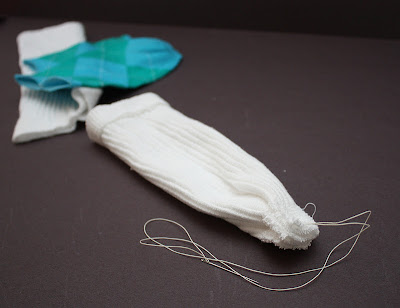 Filled it with rice, then held the top together with a rubber band, and then also stitched the top closed. Obviously, I have trust issues with rubber bands. 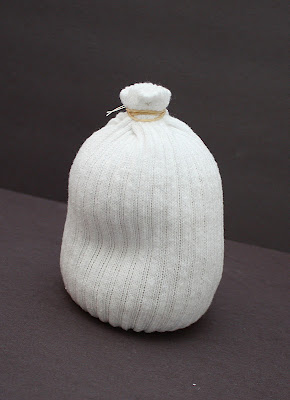 I added one sock to the body as a little snowman sweater, and the other as a hat. And tied with string, as directed. 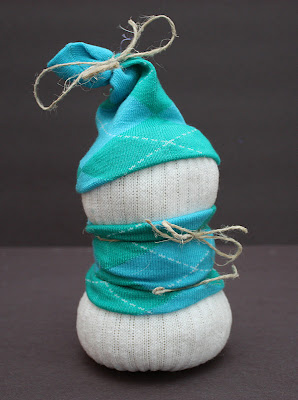 I added (with hot glue) tiny black buttons for eyes and a few buttons down the front of the "sweater". I also colored the end of a bbq skewer with a orange marker and glued it on for the "carrot" nose.  And just to be safe, I hot glued the hat onto the head of the snowman. It fits pretty tightly, but I will have to eventually ship these boogers so a little hot glue never hurts! 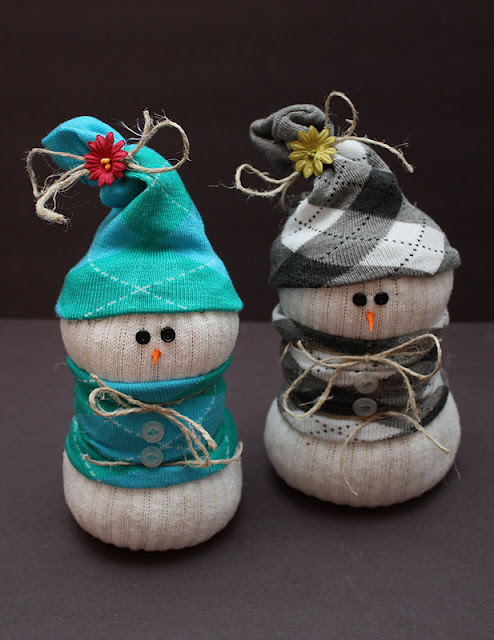 Really cute! I've got to find the time to try this. I'm just afraid I will end up with 100 of the little buggers.

These are adorable! Thanks so much for linking up to Fabulous Friday!

awesome to give to teachers!! adorable and easy to follow tute too!!
Thanks <3

Thank you fora sharing. My daughters just made these this morning and had so much fun! I might do these as a class craft for our Christmas party. So easy!

Thanks so much everyone! I think these little guys will make great gifts and they're really easy to personalize. I saw some cute polka-dot socks at Target the other day that would make cute snowman hats and sweaters!

I've been making snowmen for my library winter decorations. These will go perfectly with the ones I've already made! Precious!